In his new position, Ranger Ortega is initially tasked with reimagining the exhibits at Jemez Historic Site.  He will work in tandem with Jemez Instructional Coordinator Marlon Magdalena on public outreach and digital media promoting the sites.

During Ortega’s past three years as ranger, he has redeveloped and redesigned most of the exhibits at Coronado Historic Site.  That included the overhaul of the core exhibit “The Good Earth: Expressions of Two Cultures” which featured the addition of displays relating to Coronado’s Indios Amigos or Native American auxiliaries. Most recently, Ortega completed an “Enigma Named Esteban” which explored story behind the African slave who made first contact with the Pueblo peoples a year before the coming of Francisco Vasquez de Coronado.

For modernizing the exhibits at Coronado Historic Site, Ortega received the Historical Society of New Mexico Edgar Lee Hewett Award in April of 2017. This was quickly followed by the Richard A. Bice Award for Archaeological Achievement by the Archaeological Society of New Mexico in May. Last August, Ranger Ortega was awarded the Cordell-Powers Prize for having the best student-run presentation at the Pecos Conference.

Ortega replaces Instructional Coordinator Sharon Walker who left in mid-June, after a two year-tenure during which she visited more than 50 public schools and published 11 lesson plans utilizing Common Core State Standards for literacy.

Come visit Coronado Historic Site, see the awardwinning exhibits, and imagine what the future of Jemez and Los Luceros may look like!  Coronado Historic Site is located at 485 Kuaua Road in Bernalillo, New Mexico. It is open six days a week, Wednesday through Monday, from 8:30 AM to 5:00 PM. Docent led tours occur on the hour, between 10 AM and 3 PM, and are free with admission. Admission is $5.00 per adult. There is never a charge for children. Coronado Historic Site is free to New Mexico seniors on Wednesday and all New Mexico residents on the first Sunday of every month. For more information: 505-867-5351 or http://www.nmhistoricsites.org/.

About New Mexico Historic Sites:  http://nmhistoricsites.org/  On March 14, 1931, the New Mexico Historic Site system was established by an Act for the Preservation of the Scientific Resources of New Mexico, to "declare by public proclamation that historic and prehistoric structures and other objects of scientific interest that are situated upon the lands owned or controlled by the State of New Mexico, shall be state monuments, and may reserve as a part thereof such parcels of land as may be necessary to the proper care and management of the objects to be protected." Under the direction of the New Mexico Department of Cultural Affairs, six of seven sites are active and open to the public: Fort Sumner Historic Site/Bosque Redondo Memorial, Coronado,  Fort Selden, Jemez, Fort Stanton and Lincoln. The El Camino Real Historic Trail Site closed in 2016 until further notice. In 2004, the historic Barela-Reynolds House and Property in Mesilla, was designated a state historic site upon its donation to the state by the John Paul Taylor family. Mr.& Mrs. Taylor will retain a life estate on the property that will not be open to the public until their deaths. Events, news releases and images about activities at New Mexico Historic Sites, and other Department of Cultural Affairs divisions can be accessed at media.newmexicoculture.org. 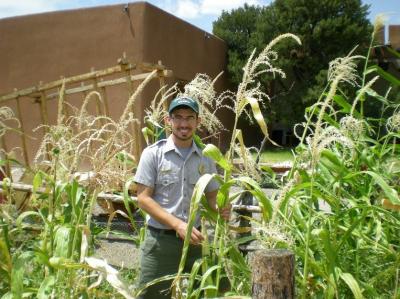 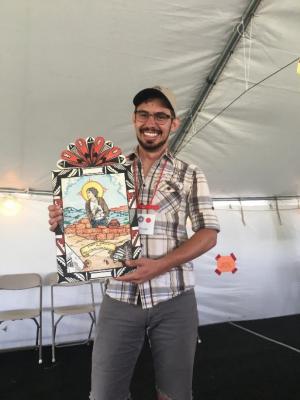