FOR IMMEDIATE RELEASE: (Santa Fe, NM) Nov. 30, 2016—The Museum of Indian Arts & Culture presents “Native Hairstyles,” on Sunday, December 11, 2016, a day of demonstrations and a talk about the significance of Native American men’s and women’s hairstyles from multiple tribes and nations, including Tewa, Jemez, Santa Clara, San Felipe, Navajo, Hopi, Pawnee, and Laguna. The demonstrations begin at 10am and the presentation by all participants, including a Q & A with the audience, begins at 3pm. The event takes place in the Museum of Indian Arts & Culture classroom and the O’Keeffe Theater.

“This program illustrates how contemporary Southwestern people maintain vibrant traditional practices, such as languages, hairstyles and clothing,” said Museum of Indian Arts & Culture Archivist Diane Bird. “The program is a very special glimpse of how Native peoples maintain their unique cultural hairstyles and their different meanings,” she said.

The men and women who will be demonstrating the various Native hairstyles are all intimately knowledgeable about hairstyles of their respected tribes. Some of the hairstyles that will be shown include a Tewa man’s braid, a Pueblo man’s bun, a Hopi maiden swirl, and a Navajo women’s bun. Demonstrators will share stories of how the traditions are passed down through families, will talk about styling tools and ties, and what hairstyles signify different rites of passage.

What: Native Hairstyles, Demonstrations and Talk When: December 11, 2016, presentations begin at 10am and talk at 3pm Where: Museum of Indian Arts & Culture, classroom and O’Keeffe Theater Cost: Free with Museum Admission

About the Museum of Indian Arts and Culture As the 19th century closed, one of the Southwest’s major "attractions" was its vibrant Native American cultures. In response to unsystematic collecting by Eastern museums, anthropologist Edgar Lee Hewett founded the Museum of New Mexico in 1909 with a mission to collect and preserve Southwest Native American material culture. Several years later, in 1927, John D. Rockefeller founded the renowned Laboratory of Anthropology with a mission to study the Southwest’s indigenous cultures. In 1947 the two institutions merged, bringing together the most inclusive and systematically acquired collection of New Mexican and Southwestern anthropological artifacts in the country. 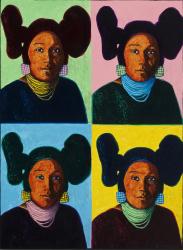 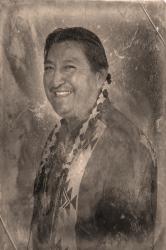 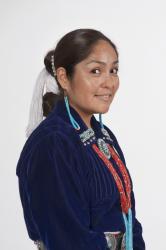 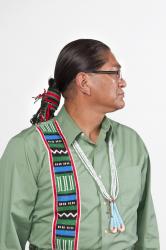