Be With Me: A Small Exhibition of Large Paintings and Conversations in Painting, Early 20th Century to Post-War American Art Open at New Mexico Museum of Art


(SANTA FE, October 28, 2016)—Two exhibitions centered around the medium of painting – one a brief historic overview the other reductive contemporary paintings by Nick Aguayo, Harmony Hammond and John Zurier.

Conversations in Paintings sets a backdrop of 20th century artistic movements through which the 21 Century works in Be With Me can be appreciated.

Be With Me: A Small Exhibition of Large Paintings and Conversations in Painting, Early 20th Century to Post-War American Art open at the New Mexico Museum of Art on Saturday, October 29, 2016 and runs through April 30, 2017. A free public opening will be held on Friday, October 28 from 5.30 to 7:30 pm.

Conversations in Painting, Early 20th Century to Post-War American Art highlights important works from the New Mexico Museum of Art including several recent acquisitions. This exhibition centered around painting and painting movements in 20th century America.  Conversations in Painting begins with Robert Henri , Portrait of Dieguito Roybal, San Ildefonso Pueblo (1916), and ends with Agnes Martin, Untitled #6 (1980), in between these two benchmarks the exhibition explores the evolution of abstraction, federal support for art and artists during the Depression Era, the Transcendental Painting Group, Abstract Expressionism, Hard Edge Painting and Minimalism through paintings from the New Mexico Museum of Art collection. Juxtaposition between these major movements of 20th Century Painting promote a dialogue both within and between these painting movements in an effort to encourage more individual engagement and intuitive appreciation of the individual paintings by the viewer.

An invitation to “be with me” suggests the immediacy of the present moment in shared space and time. Be With Me: A Small Exhibition of Large Paintings is an exhibition of reductive paintings by three contemporary artists, Nick Aguayo, Harmony Hammond, and John Zurier. This exhibition encourages the viewer to have a one on one engagement with these large scale abstract paintings, invoking an intimate and visual engagement. The engulfing scale of these works create a situation where one can approach the painting as one might approach the landscape – surveying with your eyes while feelings its presence in relationship to your own body.

All three artists draw attention to the act of painting yet all approach the medium in a different manner. Marble dust incorporated into Nick Aguayo’s paint creates a dense flat surface for his bold, but loosely rendered geometric forms. Harmony Hammond thickly covers the canvas, embedding straps and grommets to give physical dimension to the rich and undulating surface.  Brief moments of John Zurier’s linen are left bare in subtle difference to the luminous surface he creates with thin layers of distemper and oil paint.

Aguayo builds his compositions around both the cumulative and reductive process of painting. Aguayo achieves a particularly tactile, matte surface by mixing marble dust into the paint. His compellingly abstract works emphasize performative aspects of moving paint onto canvas. Aguayo received an MFA from the University of California Irvine in 2012 and a BFA from UCLA in 2007. His work has been featured in exhibitions at Samuel Freeman Gallery, Los Angeles, CA; the Torrance Art Museum, Torrance, CA; Post Gallery, Los Angeles, CA; LAXART, Los Angeles, CA; Autonomie, Los Angeles, CA; and the Armory Center for the Arts, Pasadena, CA.

Hammond’s earliest feminist work combined gender politics with post-minimal concerns of materials and process, frequently occupying a space between painting and sculpture. In her art, Hammond asserts that traditionally gendered qualities are worthwhile artistic subjects and means for artistic creation.

Harmony Hammond was a leading figure in the development of the feminist art movement in New York in the early 1970s. She was a co-founder of A.I.R., the first women’s cooperative art gallery in New York (1972) and Heresies: A Feminist Publication on Art & Politics (1976). Hammond’s work is represented in the permanent collections of many museums including the Metropolitan Museum of Art, New York; the Museum of Modern Art, New York; the Walker Art Center, Minneapolis; the Brooklyn Museum; the National Museum of Women in the Arts, Washington, D.C.; the Art Institute of Chicago; the Phoenix Art Museum; the New Mexico Museum of Art, Santa Fe.  In 2013, the College Art Association honored her with the Distinguished Feminist Award and the Women’s Caucus for Art has selected her for a 2014 Lifetime Achievement Award.

John Zurier is concerned with capturing the phenomena of light and the effects it has on place and seasons over the passage of time.  Zurier uses a range of brushstrokes and surface treatments, at times exposing the texture of the canvas, or obscuring it with thick densely painted layers.  Zurier’s work is fundamentally about color and form. He develops atmospheric compositions that manage to capture an emotional awareness of transient experience.

Zurier was born in Santa Monica, CA, and lives in Berkeley, CA. He received his MFA in painting from the University of California, Berkeley. He has exhibited at the 30th São Paulo Biennial, Brazil, Orange County Museum of Art, Berkeley Art Museum, CA, 7th Gwangju Biennale, South Korea, and the Whitney Biennial, NY. In 2010 he was awarded the prestigious John Simon Guggenheim Fellowship.

Founded in 1917 as the Art Gallery of the Museum of New Mexico, the New Mexico Museum of Art has been presenting innovative arts programming in downtown Santa Fe for close to 100 years.  At its founding the museum collected and exhibited artworks by noted artists from New Mexico and elsewhere. This tradition continues today with a wide array of exhibitions and a significant collection featuring work from the world’s leading artists. Today, as at its founding, the New Mexico Museum of Art strives to bring the art of New Mexico to the world and the art of the world to New Mexico.

The New Mexico Museum of Art is a division of the Department of Cultural Affairs, New Mexico’s cultural steward charged with preserving and showcasing the state’s cultural riches. Museum exhibitions and programs are supported by donors to the Museum of New Mexico Foundation and its Director’s Leadership Fund, Exhibitions Development Fund, and Fund for Museum Education.

The Museum is located at 107 West Palace Avenue, Santa Fe, New Mexico, just off the downtown Plaza. 24 Hr. Recorded Message: 505-476-5072; Front desk: 505-476-5041. November through April the museum is open Tuesdays - Sundays: 10 am-5 pm and open for free 5 to 8 pm on the first Friday of the month. May through October the museum is open 7 days a week 10 am-5 pm and is open for free every Friday night from 5 to 8 pm. The Museum is closed on Easter, Thanksgiving, Christmas Day, and New Year’s Day. Weather conditions may require the Museum to close; you can check with the Front Desk at 505-476-5041. Visit us on the web for the latest updates at www.nmartmuseum.org. 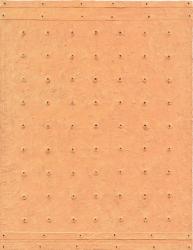 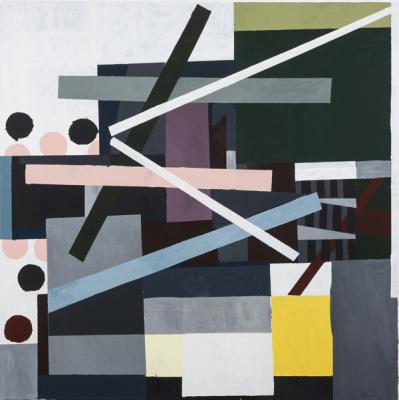 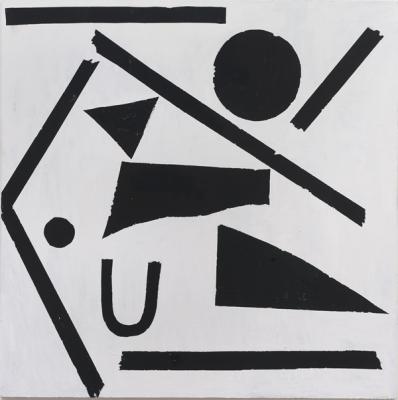