Taking flight this summer at the Museum of International Folk Art is Tako Kichi: Kite Crazy in Japan, an exhibition of more than 200 Japanese kites. The exhibition opens June 9, 2013 and runs through March 23, 2014.

Stilled though these handcrafted kites may be, hanging from the wall or the ceiling, imaginations will soar during kite-flying events and kite-making workshops at the museum’s Milner Plaza location.

Traditional Japanese kites are made from a split bamboo framework and sheets of handmade washi paper (made from Mulberry tree bark).  The paper is often brightly painted with colorful narrative illustrations in the ukiyo-e style representing legendary heroes and other design elements referencing Japanese folklore.

Originally kites were flown for religious purposes or to ward off evil spirits—promoting, among other things, prosperity and good fortune. An abundance of kite festivals and celebrations around Japan celebrate traditions such as the birth of a son, the New Year, or a good harvest with stalks of rice being sent aloft.

There are even huge fighting kites handled by teams of strong, experienced men. Dramatic airborne battles rage with the intent of downing the opposing kite. Kite fights may have developed from their use during wartime reconnaissance in times past.

Kites in the show range in size from a diminutive 1 inch in height to a huge 12 feet, and most date from the 1960s to the present, with the exception of a few dating to the 19th to early 20th century.

Felicia Katz-Harris, the museum’s Curator of Asian and Middle Eastern Collections said, “The exhibit explores kite-flying and kite-making in Japan and presents cultural and artistic contexts of this living tradition.  Tako Kichi roughly translates to ‘kite crazy,’ but the word kichi can also refer to joy and enthusiasm.  In that sense, tako kichi is a saying that refers to people who are fantastically passionate about kites … perhaps a little more than the average population!”

Museum Director Marsha Bol said of the show, “That we are having an exhibition about kites may come as a surprise.  People don’t usually think of kites as folk art, but, in Japan, the kites are an extraordinary merger of the visual, the literary, and the performing folk arts.”

The majority of the kites on view will be on loan from David M. Kahn, an erudite kite collector and avid connoisseur.  For the past 25 years Kahn has amassed a stunning collection of over 700 Japanese kites, of which those in Tako Kichi represent only a small fraction.

High resolution images may be downloaded from the Museum of New Mexico Media Center here. (link to be provided).

The Museum of International Folk Art houses the world’s largest collection of international folk art, with the popular ongoing exhibition Multiple Visions: A Common Bond in the Girard Wing. Changing and traveling exhibitions are offered in the Bartlett Wing and exhibitions highlighting textiles are featured the Neutrogena Wing. Lloyd’s Treasure Chest offers visitors interactive displays about collections and how museums care for collections.

The Museum of International Folk Art is a Division of the New Mexico Department of Cultural Affairs.

Information for the Public:

Days/Times: Tuesday through Sunday, 10:00 A.M.-5:00 P.M. Between Memorial Day and Labor Day the Museum is open 7 days a week, including Mondays.

Admission: Adult single-museum admission is $6 for New Mexico residents, $9 for nonresidents; OR $15 for one-day pass to two museums of your choice (Museum of Indian Arts and Culture, Museum of International Folk Art, New Mexico Museum of Art, and New Mexico History Museum/Palace of the Governors) OR $20 four-day pass to the four museums listed above. Youth 16 and under, Foundation Members, and New Mexico Veterans with 50% or more disability always free.

Field Trips There is no charge for educational groups attending the museum with their instructor and/or adult chaperones. Contact the Tours office by phone at (505) 476-1140 or (505) 476-1211 to arrange class/group visits to the Museum. 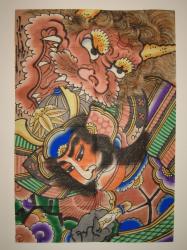 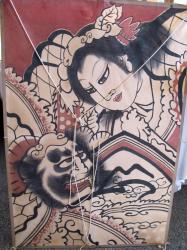 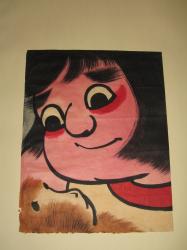 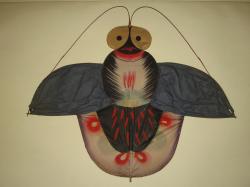 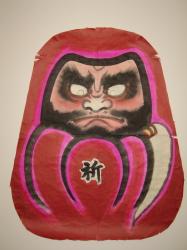