Past, Present, Future New Mexico photographers Michael Berman, David Taylor, and Connie Samaras will be featured in an exhibition of their work at the New Mexico Museum of Art opening October 28, 2011 running through Apr 22, 2012.

Each of the three photographers in this exhibition, Michael Berman, David Taylor, and Connie Samaras, presents us with a desert landscape that is simultaneously of the present, reflecting the past and hinting at the future.

Michael Berman’s work focuses on the years he has spent photographing the Chihuahuan Desert grasslands, an area that includes portions of New Mexico, Texas and Northern Mexico. Having studied biology, Berman’s images reveal the rugged beauty of the land, but also the evolution of that eco-system.

David Taylor’s large scale color photographs are from an on-going project to locate and document all 276 of the monuments that delineate the international border between the United State and Mexico.

Connie Samaras documents the building of Spaceport America in southern New Mexico. Her pictures reveal the history of the land and speculation about the future.

All three photographers bring into focus a landscape that exists within a frame that that is biological, political and hypothetical.

Michael Berman and David Taylor are both Guggeheim Foundation Fellows, and Connie Samaras is a full professor at the University of California, Irvine. 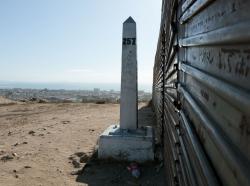 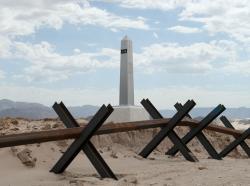 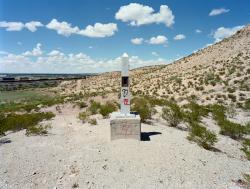 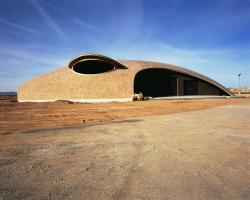 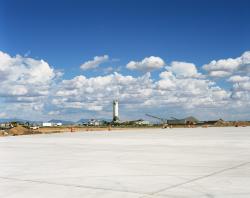 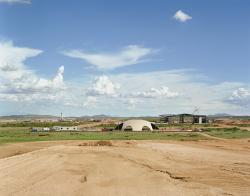