Santa Fe, NM – Adelina (Nina) Otero-Warren’s incredible impact on history and contribution to the suffrage movement is being nationally recognized as she becomes the fourth woman featured on the U.S. quarter as part of the U.S. Mint’s American Women Quarters™ program.

Coinciding with the release of the coin and to celebrate her legacy, the National Women’s History Museum (NWHM) and the Smithsonian American Women’s History Initiative (AWHI), in partnership with the New Mexico History Museum (NMHM) and with support from the United States Mint (Mint) and with special thanks to the New Mexico State Records Center and Archives, held a series of public events on Saturday, September 17 and Sunday, September 18 in Santa Fe, NM.

“Nina Otero-Warren knew how important it is that public officials represent the populations they serve. I am proud to lead a state where that representation really matters, and where we see that representation at every level of leadership,” said Governor Michelle Lujan Grisham. “Her selection as one of the women to be featured on U.S. currency is well deserved, and I hope her story serves as inspiration to Hispanic girls and women around the country to continue to ensure our voices are heard.”

Otero-Warren, the first Hispanic woman to run for U.S. Congress and the first female superintendent of public schools in Santa Fe, was a leader in New Mexico’s women’s suffrage movement. She emphasized the necessity of using Spanish in the suffrage fight to reach Hispanic women and spearheaded the lobbying effort to ratify the 19th Amendment in New Mexico. She strove to improve education for all New Mexicans, working especially to advance bicultural education and to preserve cultural practices among the state’s Hispanic and Native American communities. Learn more here.

About the National Women’s History Museum: Founded in 1996, the National Women’s History Museum (NWHM) is an innovative online museum dedicated to uncovering, interpreting, and celebrating women’s diverse contributions to society. A renowned leader in women’s history education, the Museum brings to life the countless untold stories of women throughout history, and serves as a space for all to inspire, experience, collaborate, and amplify women’s impact—past, present, and future. We strive to fundamentally change the way women and girls see their potential and power. The NWHM fills in major omissions of women in history books and K-12 education, providing scholarly content and educational programming for teachers, students, and parents. We reach more than four million visitors each year through our online content and education programming. Learn more at womenshistory.org.

About the United States Mint

Congress created the United States Mint in 1792, and the Mint became part of the Department of the Treasury in 1873. As the Nation’s sole manufacturer of legal tender coinage, the Mint is responsible for producing circulating coinage for the Nation to conduct its trade and commerce. The Mint also produces numismatic products, including proof, uncirculated, and commemorative coins; Congressional Gold Medals; silver and bronze medals; and silver and gold bullion coins. Its numismatic programs are self-sustaining and operate at no cost to taxpayers. 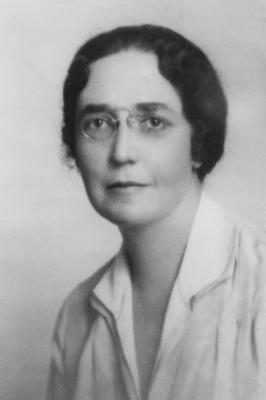