Santa Fe, NM – The New Mexico Arts Commission and New Mexico arts, the state arts agency, are seeking nominations for the 2022 Governor’s Awards for Excellence in the Arts.

The annual Governor’s Arts Awards are New Mexico’s highest and most prestigious artistic honor and are intended to celebrate extraordinary achievement in the arts. Nominations may be submitted by individual state residents, or representatives of businesses or organizations in New Mexico.

Nominations for the awards may include individual living New Mexican artists working in any discipline who have demonstrated outstanding achievement; individuals who have consistently made significant or distinguished contributions to the arts in New Mexico; or businesses, nonprofits, or foundations with sustained involvement in and support for the arts.

Nominations are accepted online through the Call for Entry (CaFE) system at this link: https://artist.callforentry.org/festivals_unique_info.php?ID=9573. You can also find the link to the call for nominations on the New Mexico Arts website at: https://www.nmarts.org/governors-arts-awards/

Nominations must be received by May 15, 2022. The public event celebrating the 2022 honorees will take place in October of 2022.

“We very much look forward to celebrating our 2022 Governor’s Arts Awards recipients in late October of this year,” said New Mexico Arts Executive Director, Michelle Laflamme-Childs. “The short film created for the 2021 awards was hugely popular and has been viewed almost 2,000 times. Never before have so many people all across the state (and the globe) been able to watch the Awards. We look forward to producing a similar lasting tribute for the 2022 honorees to showcase their talents and commitments as pillars of the New Mexico arts community.”

Established in 1974 by then-Gov. Bruce King and First Lady Alice King, the Governor’s Arts Awards celebrate the role that artists, craftspeople, and arts supporters play in the economic and cultural life of New Mexico. Throughout its existence, a diverse and prestigious list of painters, weavers, sculptors, dancers, musicians, storytellers, poets, actors, playwrights, and potters have been honored. Since 1974, more than 300 artists and arts supporters have received this coveted award. The awards are a collaboration of New Mexico Arts, the New Mexico Arts Commission, the New Mexico Arts Foundation, and other partners.

New Mexico Arts is the state arts agency and a division of the Department of Cultural Affairs. The division administers the state’s One Percent for Public Art program, awards grants to nonprofit organizations for arts and cultural programs in their communities across the state, and provides technical assistance and educational opportunities for organizations, artists, and arts educators throughout New Mexico. 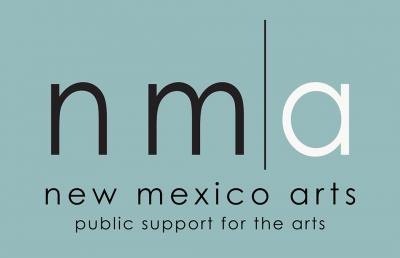