Stories, Memories, and Legacies: Symposium on the Santa Fe Internment Camp and the 20th anniversary of its historical marker

Santa Fe, NM – On April 23, please join New Mexico History Museum (NMHM) and the New Mexico Japanese American Citizens League (NMJACL) for a hybrid in-person and virtual symposium marking the 20th anniversary of the historical marker. The Santa Fe Internment Camp, established in March of 1942, interned over 4,500 Japanese immigrant men, making it one of the largest prison camps for resident aliens in the United States during World War II. The marker was first placed in Frank S. Ortiz Park on April 20, 2002, to commemorate the Santa Fe Internment Camp. The 20th anniversary event will include speakers, theatrical performances by the JACL Players, short films, and panel discussions.

The commemoration speakers will cover topics like the historical existence of the internment camp, established by the U.S. Justice Department and located where the Casa Solana neighborhood now stands, and to memorialize the experience of thousands of Japanese immigrants and American-born citizens unjustly incarcerated there between 1942 and 1946. The courage of the Santa Fe community during the marker controversy will also be celebrated.

In addition to the commemoration event, a related three-part exhibition will be on display in NMHM from April 9 through April 30. The exhibition includes “Generational Legacies: The Santa Fe Internment Camp,” “Confinement in the Land of Enchantment,” and artifacts from the New Mexico History Museum’s collection.

You can find further information about the event, including speakers and their topics of discussion, here. 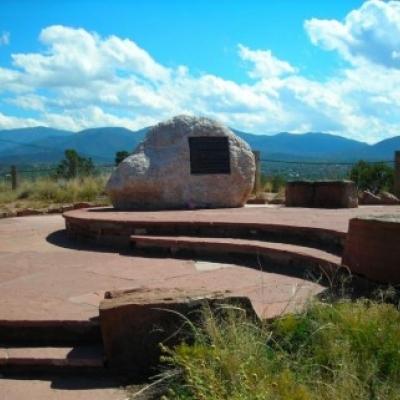