(Santa Fe, New Mexico) – In association with the ongoing exhibition, Música Buena: Hispano Folk Music of New Mexico, the Museum of International Folk Art (MOIFA) presents a special one hour concert with Dr. Cipriano Vigil on Wednesday, February 12, 2020, from 2 – 3 p.m. Dr. Vigil is a 2019 New Mexico Music Commission Platinum Music Awards honoree. He has received many other prestigious awards including the Governor’s Award, the New Mexico Endowment for the Humanities Award, and the National Heritage Award for outstanding work in maintaining and preserving traditional folk music, which he was nominated for three times. Dr. Vigil has also been honored as a Living Treasure.

Born and raised in the small village of Chamisal, New Mexico, Dr. Vigil received his undergraduate degree in music education from New Mexico Highlands University (NMHU). Once he completed his undergraduate studies, he received a scholarship to pursue a Master’s Degree in Bilingual Education, also from NMHU. He then went on to further his studies at the National Institute of Fine Arts in Mexico where he received another scholarship from the Mexican Government. Dr. Vigil earned a second Master’s Degree in Ethnomusicology while studying abroad. During his time in Mexico, he also learned a lot about music outside of the classroom. He would spend time at different dance halls and bars where he experienced and learned different styles of music.

Dr. Vigil began his career as a professor at Northern New Mexico College (NNMC) in 1980 and retired from that institution in 2004. It was during this time that he also completed his doctorate in Ethnomusicology, which he received in 1988. This same year he became the Chairperson of the Fine Arts Department, a position he held for ten years. Because of his love for music and teaching, he continues to work at NNMC as a part-time instructor in folk music.

About the Museum of International Folk Art

Founded in 1953 by Florence Dibell Bartlett, the Museum of International Folk Art’s mission is to shape a humane world by connecting people through creative expression and artistic traditions. The museum holds the world’s largest international folk art collection of more than 150,000 objects from six continents and over 150 nations, representing a broad range of global artists whose artistic expressions make Santa Fe an international crossroads of culture. For many visitors, fascination with folk art begins upon seeing the whimsical toys and traditional objects within the Girard Collection. For others, the international textiles, ceramics, carvings and other cultural treasures in the Neutrogena Collection provide the allure.  The museum’s historic and contemporary Latino and Hispano folk art collections, spanning the Spanish Colonial period to modern-day New Mexico, reflect how artists respond to their time and place in ways both delightful and sobering. In 2010, the museum opened the Mark Naylor and Dale Gunn Gallery of Conscience, where exhibitions encourage visitors to exchange ideas on complex issues of human rights and social justice.

706 Camino Lejo, on Museum Hill in Santa Fe, NM 87505. (505) 476-1200. Hours: 10 a.m. to 5 p.m. daily, May through October; closed Mondays November through April, closed Easter Sunday, Thanksgiving, Christmas, and New Year’s Day. Events, news releases and images about activities at the Museum of International Folk Art and other divisions in the Department of Cultural Affairs can be accessed at media.newmexicoculture.org. 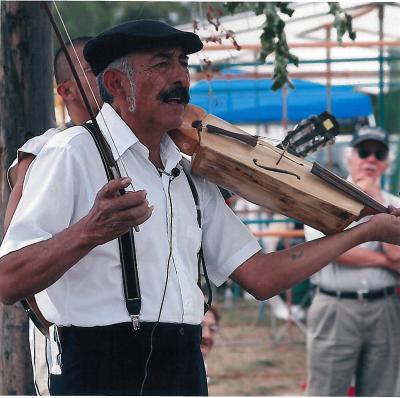