“We are thrilled at the addition of these two remarkably capable leaders,” said Patrick Moore, director of New Mexico Historic Sites. “With their impressive breadth of experience and expertise, Ethan and Wes have already begun playing a pivotal role in furthering Historic Sites’ new directions in preserving and protecting New Mexico’s rich history and culture.”

Lincoln and Fort Stanton are long established historic sites, while Los Luceros received the designation in 2019. (*Information about all three sites is available below the new managers biographies.)

Born and raised in Milton, Florida, Wesley Meiss began working with the Santa Rosa Historical Society in 2003 serving as curator and docent director of the Santa Rosa County Museum of Local History. In 2008, Meiss was elected president of the Society and charged with maintaining two historic sites, the 1912 Imogene Theatre and the 1909 Milton Louisville & Nashville Train Depot. He organized and oversaw an $800,000 restoration of the Imogene Theatre, which suffered extensive damage following a fire in 2009. He also served as the director of the Society’s Ghosts of Milton Walking Tour, a living history/live action historic walking tour that attracts 1,500 each October to Milton, Florida’s historic district.

In 2012 Wesley was elected to the Milton City Council. His Ward included the Milton Historic District and more than one hundred buildings that are contributing structures. In 2014, he was elected as Mayor of Milton and also served as a board member of the Northwest Florida Regional Transportation Planning Organization.

Wesley earned a B.A. in Psychology in 2007, followed by a M.A. in Public History from the University of West Florida in 2017. Since 2007, he has taught American History and has been the National History Day coordinator at Raymond B. Hobbs Middle School in Milton, Florida. In 2017, he worked for the National Park Service, Gulf Islands National Seashore, developing curriculum for field trips to the park. In his spare time, Wesley enjoys visiting America’s historic sites alongside his wife Lauren and son Carter.

For the past six years, Ethan Ortega has served the public in various capacities within New Mexico Historic Sites. Beginning as a ranger at Coronado Historic Site in 2014, he initiated community-led research at the Center for New Mexico Archaeology, Museum of Indian Arts and Culture, and the Maxwell Museum of Anthropology. With the help of community volunteers Ortega inventoried all known artifacts that were excavated from Coronado Historic Site and Jemez Historic Site. As an instructional coordinator for the division, Ortega has acted as a liaison for New Mexico Highland University’s Program for Interactive Cultural Technologies which has created numerous interpretative products for both Coronado and Jemez Historic Sites. He also coordinated the community-engagement aspects of Dig Kuaua and Dig Giusewa public archaeology excavations, empowering locals to participate in the process of interpreting the past.

Growing up in Portales, by age eight Ethan Ortega was determined to become an archaeologist or paleontologist. While earning his 2013 Bachelor of Science degree in Anthropology from Eastern New Mexico University, Ortega studied abroad, participating in archaeological excavations in the Iberian Peninsula and the Balearic Islands. Ethan also began searching for ways to apply his research of the past to people today such as a climactic study of the last 20,000 years of the Llano Estacado and impact on farmers. In the spring of 2019, Ortega earned a Master of Science degree in Museum Studies from the University of New Mexico, focusing on object conservation, community engagement, and the application of emergent technology in a museum setting.

Ortega’s recent awards include the Edgar Lee Hewett Award for Public History (2017), the Bice Award for Archaeological Excellence (2017), and the Cordell/Powers Prize for Young Archaeologists (2017). Ortega is committed to the preservation of New Mexico’s cultural resources and shedding light on previously underrepresented narratives. His most recent publication “Spinster Acts: Reweaving Queer History into New Mexico’s Origin Stories” is one example of how he hopes to develop a historic site that represents all of the state’s communities.

The most widely visited historic site is a community frozen in the storied 1870s and 1880s, one of the most violent periods in New Mexico’s history. Visitors can tour the Old Lincoln County Courthouse featuring museum exhibits recounting details of the Lincoln County War. Walk in the footsteps of Billy the Kid, Pat Garrett and other famous and infamous characters of the Wild West, tracing event of 1878 through the well-preserved 19th -century of the Courthouse and Tunstall Store.

Lincoln is open Wednesday through Monday, from 9 a.m. to 5 p.m. (the majority of the buildings close at 4:30 p.m.) A 22-minute video begins in the Visitors’ Center every half hour. Admission for adults is $5, children 17 and under are free.

Situated on 240 acres surrounded by 25,000 undelved acres of BLM land in south-central New Mexico. Fort Stanton is one of the country’s most impressive, intact 19th century military forts housing 88 buildings, some dating back to 1855 when the site was established as a military post to control the Mescalero Apache Indians.

During the 2019, the New Mexico State Legislature passed a bill designating Los Luceros as the state’s newest Historic Site, and on March 28, 2019, Governor Michelle Lujan Grisham signed the legislation, securing funding, staffing, and preservation of the site in perpetuity. The picturesque 148-acre Los Luceros ranch is located north of Alcalde along the Río Grande; the property’s centerpiece is a magnificent Territorial-style Hacienda that houses six centuries of history within its walls. The property also includes an 18th century Capilla (chapel), Victorian cottage, carriage house, guesthouse, and farmyard. In a state blessed with numerous cultural gems, Los Luceros Historic Site is surely one of New Mexico’s most scenic and historically rich properties. 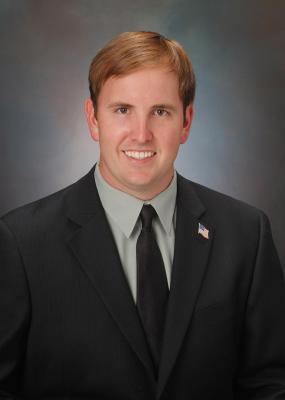 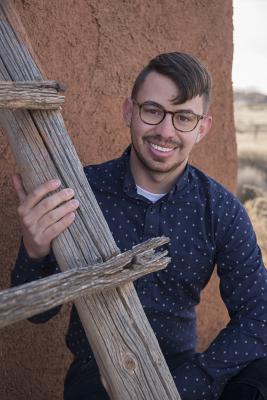