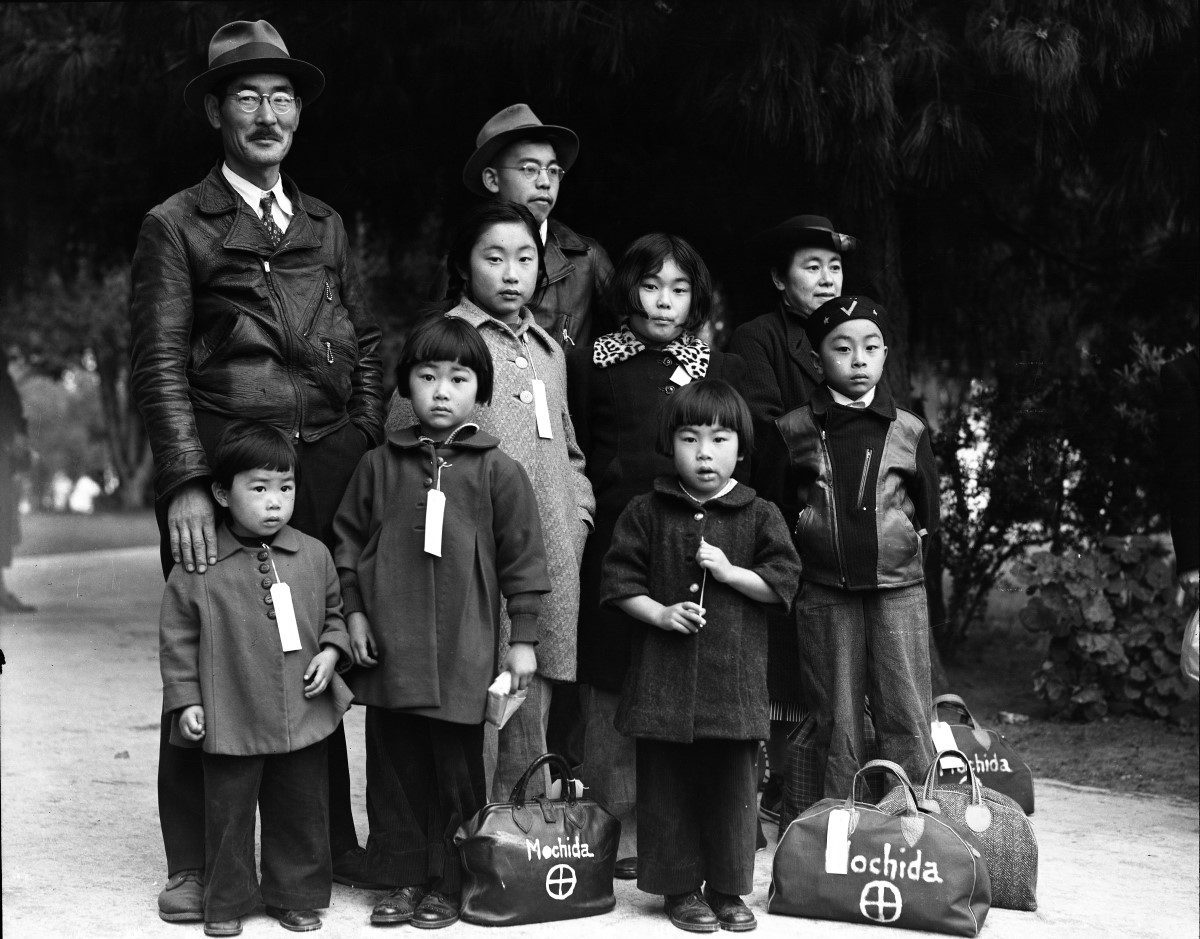 The New Mexico History Museum announces the opening of the Smithsonian traveling exhibition “Righting a Wrong: Japanese Americans and World War II”. The exhibition examines the complicated history and impact of Executive Order 9066 that led to the incarceration of Japanese Americans following the attack on Pearl Harbor.

Embracing themes that are as relevant today as they were 75 years ago, “Righting a Wrong” looks at immigration, prejudice, civil rights, heroism, and what it means to be an American. The exhibition explores the complex history through historical images, personal stories, and objects from those incarcerated at the camps. A duffle bag used by the Imada family when they were relocated to the Gila River camp in Arizona reflects the restrictions to bring only what they could carry. Takeo Shirasawa’s 1943 high school diploma from the Poston camp in Arizona exemplifies the experience of thousands of other teens who had to complete their high school education in camps.

Following the attack on Pearl Harbor by Japan on Dec. 7, 1941, President Franklin Roosevelt signed Executive Order 9066 which sent 75,000 Americans of Japanese ancestry and 45,000 Japanese nationals to incarceration camps. Ten large, barbed wire-enclosed incarceration camps and dozens of other installations were scattered west of the Mississippi, far from their homes from March 1942 to March 1946. Young and old lived crowded together in the hastily built camps, endured poor living conditions, and were under the constant watch of military guards for two and a half years. Meanwhile, brave Japanese American men risked their lives fighting for the United States.

The exhibition is based on the exhibit of the same name on view Feb. 17, 2017 through March 6, 2019 at the National Museum of American History in Washington, DC.

SITES has been sharing the wealth of Smithsonian collections and research programs with millions of people outside Washington, D.C., for more than 70 years. SITES connects Americans to their shared cultural heritage through a wide range of exhibitions about art, science, and history, which are shown wherever people live, work and play.  For exhibition description and tour schedules, visit sites.si.edu.

Photo credit: The Mochida family, wearing identification tags, awaits a bus. They were forced to leave their two-acre nursery and greenhouse operation in Eden, California, May 1942.