A Past Rediscovered: Highlights from the Palace of the Governors
At the Albuquerque Museum
New Mexico History Museum
May 11, 2019 through Oct 20, 2019 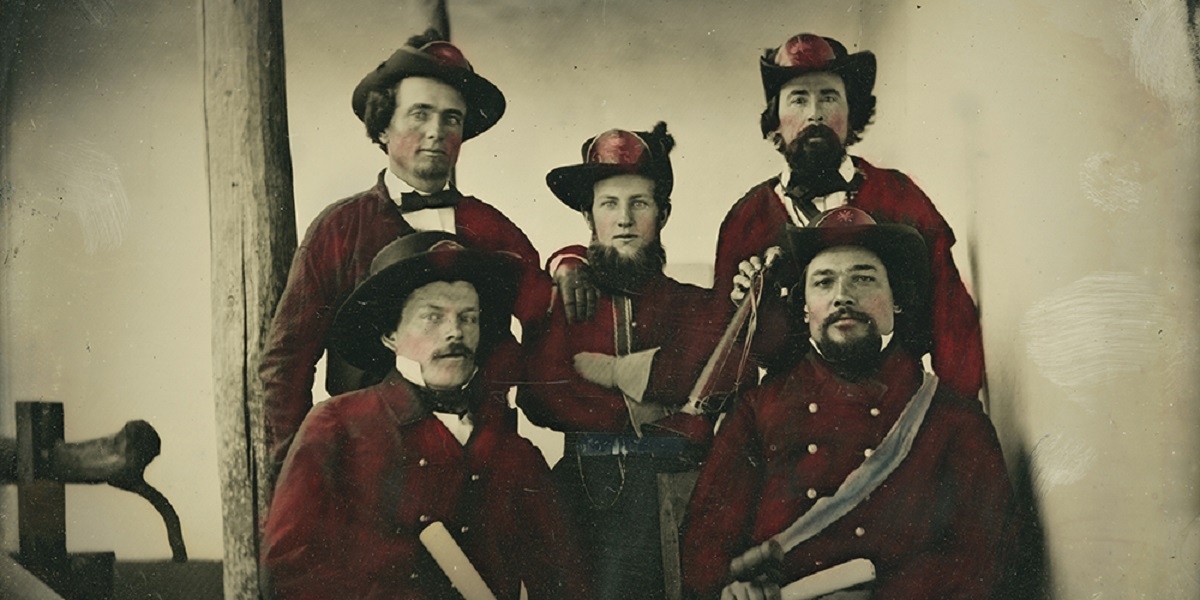 Spanish Colonial paintings, images from the dawn of photography to contemporary digital prints, nineteenth-century retablos and bultos, turn-of-the-century clothing, and rare books and maps are just some of the rare objects exhibited in A Past Rediscovered: Highlights from the Palace of the Governors. Located at the end of El Camino Real, the Royal Road that extends from Mexico City to Santa Fe, the Palace of the Governors collects a wide range of materials of historical value with the aim of telling the stories not only of the past but of living communities.

The Palace of the Governors has been continually inhabited for four hundred years. The site has witnessed a wide variety of human activity, from the installation in Santa Fe of Spanish Governor of Northern New Spain Pedro de Peralta to the Native American-led expulsion from the region of Governor Antonio Otermín and the Spanish settlers during the Pueblo Revolt in 1680. The site has also embraced the region’s short-lived identity as part of Mexico (1821–46), and later served as the home and workplace of the territorial governors until the early twentieth century, ultimately ushering in the birth of the Museum of New Mexico in 1909, the anchor of what became the New Mexico History Museum. This complex contains the Palace, the Photo Archives, the Fray Angélico Chávez History Library, the Palace Press, and the History Museum itself.

"The selection of objects explored, pictured, and explained, reveal the depth, richness, and bright hope for the future of this land of ours, the storied Land of Enchantment," says Daniel Kosharek, Photo Curator, Palace of the Governors Photo Archives.

This visual journey through time begins with one of The Palace’s largest and most important objects, the Segesser II hide painting which depicts the 1720 defeat of Spanish troops and their allies in present-day Nebraska. The stories continue to be told through objects such as letters from Billy the Kid, rare firearms, images of Ansel Adams capturing iconic landscapes, images of low riders, and Gustave Bauman’s prints, woodblocks and tools.

Photographs from the well-known Southwestern photographer Ben Wittick are included. Wittick is perhaps best known for photographing Geronimo. In addition to Wittick’s portraits, the props he used in photographing Native Americans are included. These items provide an opportunity to contextualize these types of photographs. Several of these props can be seen in Wittick’s images and are shown together for the first time in this book and exhibition.

Although specializing in photographs depicting the histories and cultures of the people of New Mexico, the Palace of the Governors Photo Archives collection is not merely a regional archive. The collections address the history and development of photography including the present time. Some of the photographs in this collection are nationally and globally significant. The earliest photographs include portraits from 1843. Works by notable photographers such as Edweard Muybridge, John K. Hillers, Laura Gilpin, Charles Lummis, Miguel Gandert and many others are presented within their historical context.

Never before in its history, as a public museum, have the Palace of the Governor’s vast collections been celebrated in a comprehensive exhibition accompanied by an overarching catalog. The treasure trove of original objects housed by the Palace and now shared with the Albuquerque Museum creates a unique opportunity to revisit the history of New Mexico, the region and beyond.

A gallery guide is availabe on the Albuquerque Museum’s website: