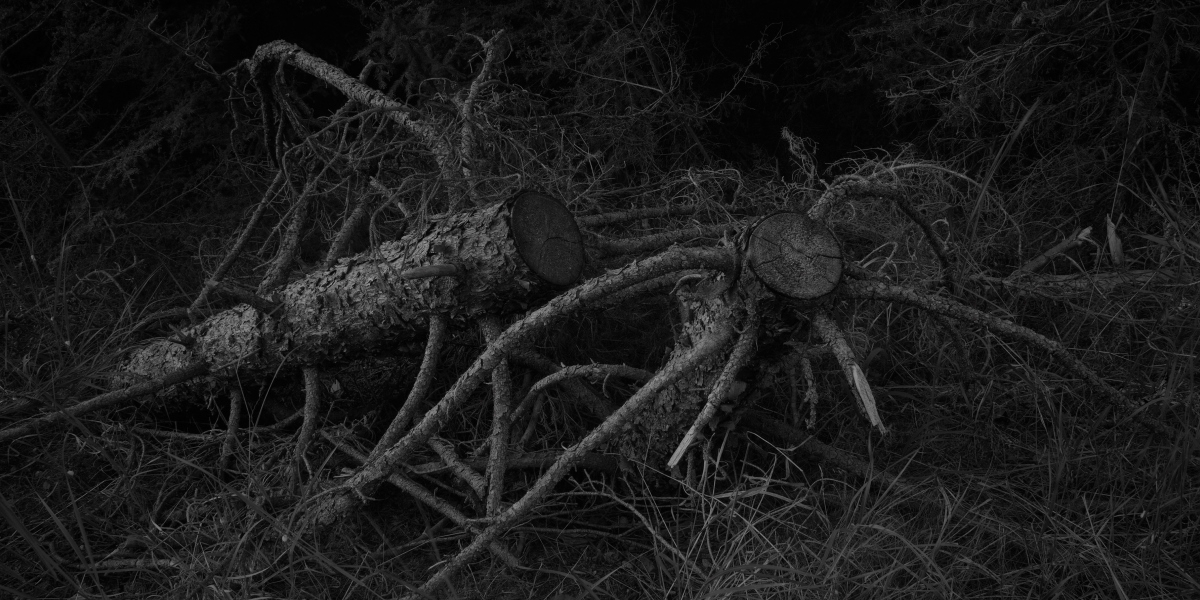 Photography is most often associated with light and the word itself means “light writing” in Greek. However, in this exhibition of nearly thirty images, four Southwestern photographers explore the dark side of the medium. Featured are about thirty photographs by Christopher Colville, scott b. davis, Michael Lundgren, and Ken Rosenthal. Each of the artists makes pictures in the landscape at night, inviting us to explore our preconceptions, fears, and fantasies about the world of shadows.

Ken Rosenthal, a longtime resident of Tucson, is best known for diffused images that probe the relationship of photography to human memory, dreams, and stories. For his recent series The Forest, the artist photographed at night in the Selkirk Mountains in northeast Washington, where he has spent nearly every summer since childhood. In these dark and densely layered compositions, the forest provides a visual vocabulary for the expression of internal psychological states, including “thoughts on mortality, discovery, loss, and renewal,” the artist writes. “It’s the essence of the image that I want the viewer to be able to relate to, rather than the specifics.”

With Phoenix as his home base, Michael Lundgren is a frequent desert traveler, almost becoming a fixture of the landscape himself. His images imply both the vast and the incremental time frame of that place where patience, silence, and careful looking yield a world of strange and subtle riches. “I’m interested in reducing the world to a bare essential, to get closer to the heart of experience,” the artist says. In recent bodies of work including Matter and Transfigurations, selection from which are on view, the artist is engaged with “making images that make you feel something you can’t quite understand. Within that interruption, there’s the possibility to see something that we didn’t know.”

Based in San Diego, scott b. davis says he “began photographing the desert at night in the 1990s as a way to explore landscapes uniquely defined by darkness.” Working primarily in the American West, he works with large-format view cameras to slow down the process of making a picture and to create large negatives. From these he makes platinum prints (a monochromatic process in which light-sensitive platinum salts are coated onto paper by the artist), which renders his scenes of undistinguished urban spaces in rich, velvety tones that encompass viewers in a momentary hush outside the hustle and flow of everyday life. The low light and subtlety of these prints from his series Nocturnes and Land of Sunshine compel closer looking, drawing the viewer in as a participant.

Christopher Colville works most often in the Sonoran Desert near his home in Phoenix, challenging our definition of photography in his series The Dark Hours Horizons and Works of Fire. On view are selections that demonstrate a shift from his earlier interest in expressions of energy, violence, and chaos to a state that is gentler and more contemplative state. To create the prints, he spends time alone in the desert at night where he places gunpowder on photographic paper and ignites it to make a unique exposure. “I followed these images, night after night repeating, refining small explosions, meditating on a single evolving line until the sun’s reflection on the moon was too bright to work,” Colville writes about the process of making the prints.

Shots in the Dark is a companion to the exhibition Wait Until Dark in the museum’s second-floor galleries. Both are amplified by the Night Life Imagination Station dedicated to heightening viewer experience of the two shows. 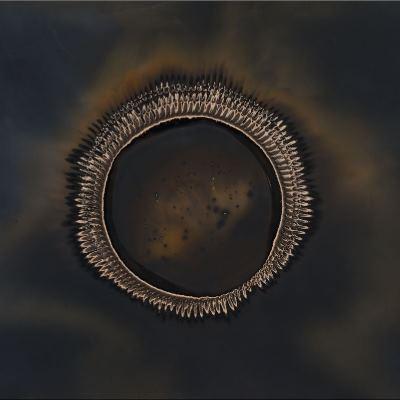 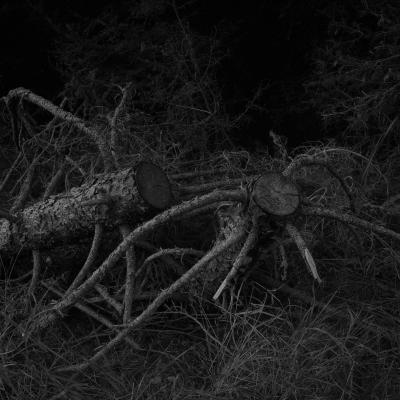