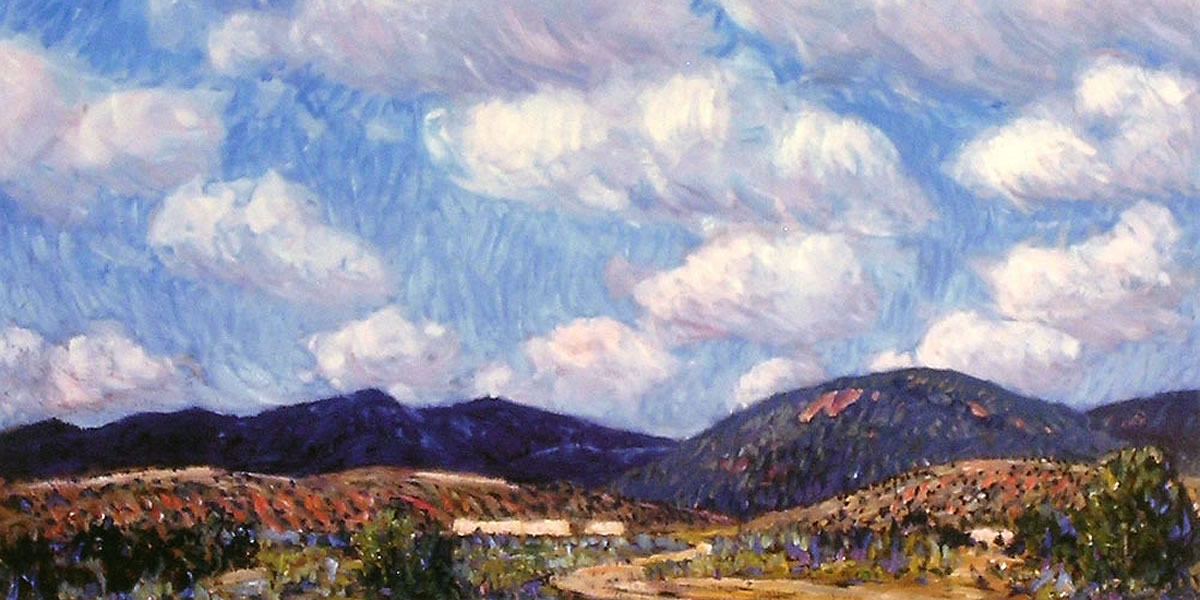 A Place Like No Other: Two Views of the New Mexico Landscape is located at the Governor’s Gallery on the 4th floor of the State Capitol, at the corner of Old Santa Fe Trail and Paseo de Peralta.

In celebrating the 1917 founding of the New Mexico Museum of Art on Santa Fe’s historic Plaza, it seems appropriate to highlight the work of two artists whose images of the state’s renowned beauty have helped define it in the public imagination: Sheldon Parsons and Eliot Porter. Both men came west and found themselves deeply inspired by the land, skies, and culture of New Mexico. Parsons quickly became an integral part of the Santa Fe art scene, even serving as the first director of the Museum of Art. Porter gave up a career as a research scientist at Harvard to move to New Mexico and devote himself to photography, maintaining a home and studio in Tesuque from the mid-1940s until his death in 1990.

Parsons’ paintings are saturated with the rich blues, yellow golds, and greens of New Mexico’s distinctive landscape while Porter, known for his pioneering work in color photography, photographed the state in austere black and white. Both artists looked to New Mexico’s most iconic features for their subject matter, the stark and stunning land and the characteristic adobe of its traditional buildings. In the wake of the recent World War, they chose to portray New Mexico as a rustic and pastoral land, seemingly untouched by time. 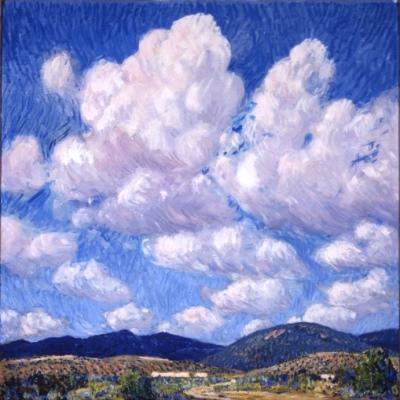