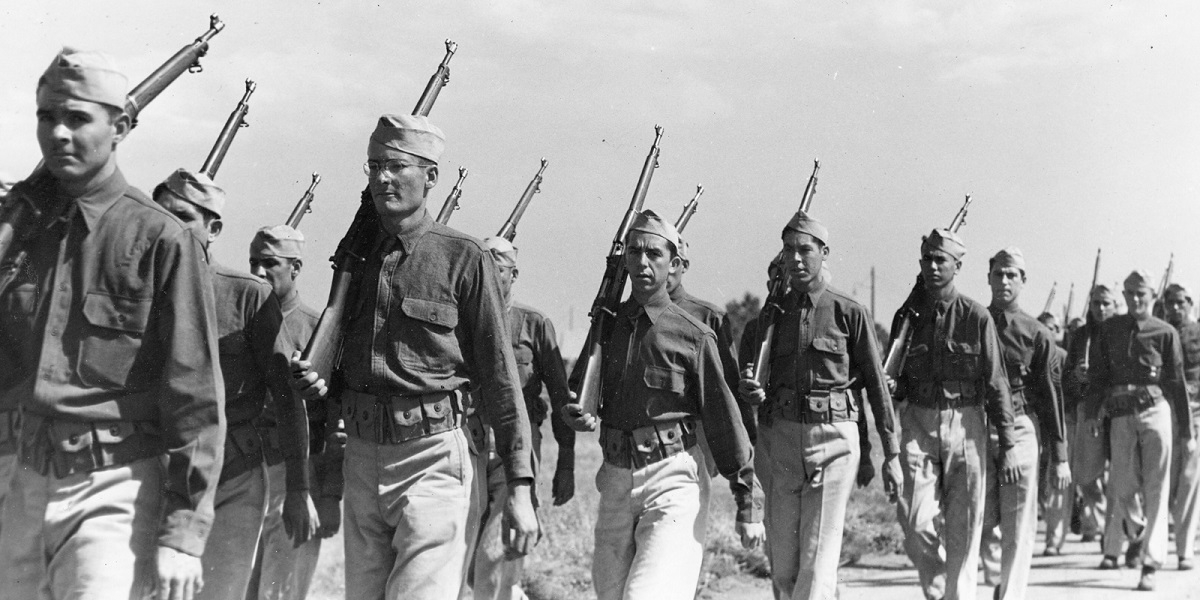 In August 1940, talk of war swirled around Camp Luna near Las Vegas, N.M. The 1,800 men of New Mexico’s 200th Coast Artillery Regiment gathered there to train one last time on home soil before heading to the Philippines. A photographer was there, capturing images of youth and dedication, young men unaware of the ordeals they soon would face.

On Sept. 16 through Oct. 12, 2014, the Palace of the Governors Photo Archives will mount a special exhibition at the Jean Cocteau Cinema featuring 10 of those images. The exhibit represents a collaboration between the theater and the New Mexico History Museum’s Palace of the Governors Photo Archives. Before Bataan: New Mexico’s 200th Coast Artillery is open for viewing between 1 and 8 pm daily. The Jean Cocteau is at 418 Montezuma Avenue, in the Santa Fe Railyard.

As part of the exhibit, the cinema will screen John Dahl’s 2005 film, The Great Raid, at 1:40 pm on Saturday, September 20, 2014. Starring Benjamin Bratt and Joseph Fiennes, the film is adapted from William’s Breuer’s The Great Raid on Cabanatuan and Hampton Sides’ Ghost Soldiers, books that dealt with the experience known today as the Bataan Death March.

Need a photo? Click on "Go to related images" at the bottom of this page.

The 200th Coast Artillery held 1,816 New Mexicans, many of them fluent in Spanish. That skill inspired military leaders to deploy them to the Philippines in September 1941. Along with Filipino troops, they were defending the Bataan peninsula when it fell to the Japanese military in April 1942. During the Bataan Death March and their subsequent imprisonment, 829 men from the regiment died or were missing. Though they were freed in 1945, a third of the survivors died within a year from injuries or disease.

“For some time I have wanted to exhibit or show the behind-the-scenes photographs of the 200th Coast Artillery in Las Vegas before going into action,” said Daniel Kosharek, photo curator at the History Museum. “We all know the story of Bataan. These photographs show the young men of New Mexico before they are sent into that horrendous situation. Many of them did not come back. The Jean Cocteau was gracious enough to provide an opportunity to show these photographs, which are part of the New Mexico Magazine Collection.”

"The Jean Cocteau is delighted to be displaying this series of photographs in tandem with the New Mexico History Museum and the Palace of the Governor’s Photo Archives on this rarely seen aspect of New Mexican history," said Sam Haozous, director of the Jean Cocteau Cinema Gallery. 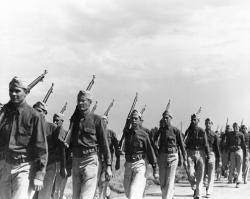