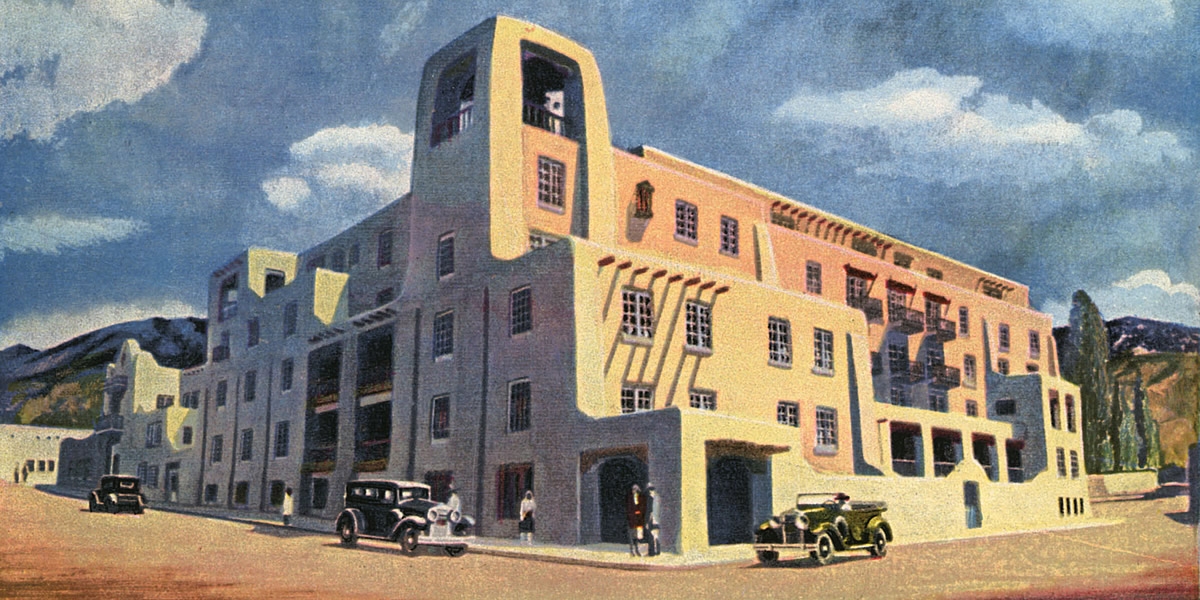 Will Rogers noted that Fred Harvey “kept the West in food—and wives.” But the company’s Harvey Girls are by no means its only legacy. From the Atchison, Topeka and Santa Fe Railway’s 1879 arrival in New Mexico to the 1970 demolition of Albuquerque’s Alvarado Hotel, the Fred Harvey name and its company’s influence have been felt across New Mexico, not to mention the American West. The company and its New Mexico establishments served as the stage on which people such as Mary Colter were able to fashion an “authentic” tourist experience, along with Herman Schweizer who helped drive the direction of Native American jewelry and crafts as an industry.

Setting the Standard: The Fred Harvey Company and Its Legacy, a new section that joins the New Mexico History Museum’s main exhibit, Telling New Mexico: Stories from Then and Now, helps tell those stories. Opening December 7, 2014, Setting the Standard uses artifacts from the museum’s collection, images from the Palace of the Governors Photo Archives and loans from other museums and private collectors. Focusing on the rise of the Fred Harvey Company as a family business and events that transpired specifically in the Land of Enchantment, the tale will leave visitors with an understanding of how the Harvey experience resonates in our Southwest today.

“People don’t always realize that many of the turning points in the company’s history are specific to New Mexico,” said Meredith Davidson, curator of 19th- and 20th-century Southwest collections. “The Harvey Girls were invented in Raton. Native American jewelry, pottery, blankets and other goods were shaped by sales at the Alvarado’s Indian Room in Albuquerque. Tourists experienced `the authentic Southwest’ through Indian Detours that left from Santa Fe’s La Fonda Hotel and countless others.

“In many ways, Fred Harvey and the AT&SF Railway grew up together in New Mexico. As tracks were laid through cities, a Harvey House appeared. From small eating houses in cities like Deming, to large hotels like the Alvarado, each place left an imprint on the local community as well as on the tourists who returned to their homes with tales of that Fred Harvey experience.”

Artifacts in the exhibit include: the original Atchison, Topeka & Santa Fe Railway track sign for Albuquerque’s Alvarado Hotel; Harvey Girl uniforms (including the unique embroidered blouse worn by La Fonda waitresses in the 1950s); furniture designed by famed architect and interior decorator Mary Colter; hand-stamped Navajo spoons; Fred Harvey’s original datebook and an iconic painting of the man behind the empire. Other artifacts include a gong similar to ones that rang travelers to their meals (this one hung in the company’s Chicago office) and an original Doris Lee painting while helping to plan MGM’s The Harvey Girls, starring Judy Garland. The image Lee created was adopted by the Harvey Company and used on menus at El Navajo in Gallup and El Tovar at the Grand Canyon.

In addition, an interactive station will feature excerpts of Harvey Girl interviews conducted by Katrina Parks for her 2013 documentary, The Harvey Girls: Opportunity Bound.

10 am, 11 am, noon and 4 pm, see The Harvey Girls: Opportunity Bound, a 57-minute documentary, in the museum auditorium

2 pm, gather in the auditorium for a conversation with curator Meredith Davidson, documentary producer Katrina Parks, and Stephen Fried, author of the acclaimed biography Appetite for America

3 pm, refreshments in the lobby

Free with admission; Sundays free to NM residents; children 16 and under free daily 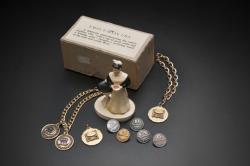 Figurine and Years of Service Pins 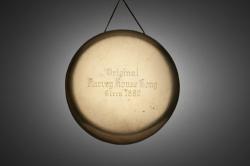 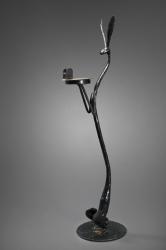 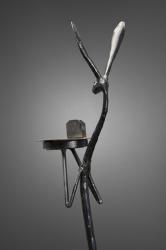 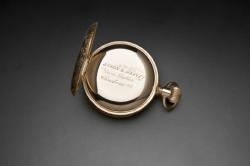 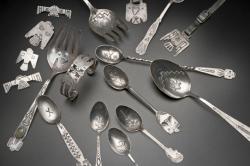 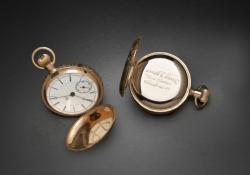 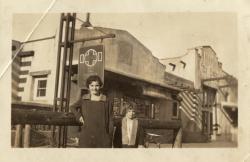 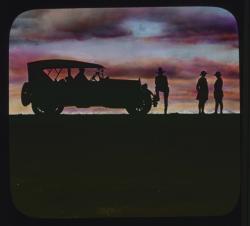 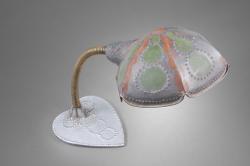 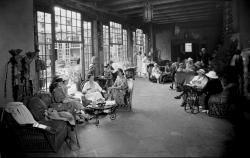 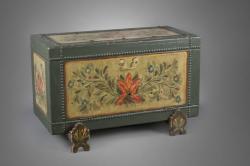 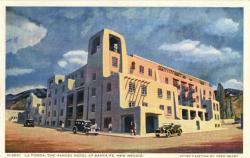