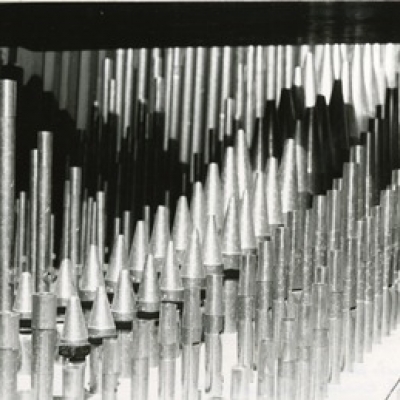 Celebrated organist Maxine Thévenot will perform a concert on the recently-restored Frederick R. Haas Pipe Organ in the St. Francis Auditorium. The concert will include traditional holiday music as well as a selection of organ compositions by Johann Sebastian Bach, Johannes Brahms, and other notable composers.

The concert will also mark the return of the pipe organ, which has not been played publicly since 2014 and was refurbished earlier this year, thanks to a generous donation from the Philadelphia-based Wyncote Foundation and foundation trustee Frederick R. Haas.

Tickets for the concert are $15 for general admission, $10 for New Mexican residents, and $7.50 for members of the New Mexico Museum Foundation.